Now running free with his family and friends at Rainbow Bridge

Always loved and never forgotten by all those who knew him. 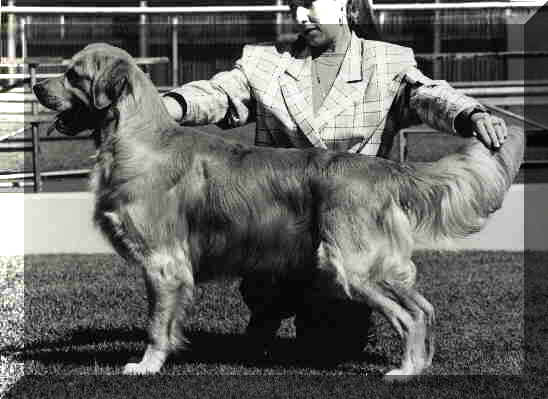 Pictured here at 11months of age.

'Dylan' has been a joy to own, now even at 13 years of age, he is still full of energy. Although well and truly retired from the show ring he had many wins including a Best of Breed Melbourne Royal 1996 which gave him his show title.

He is a dog with plenty of angulation which showed when he moved around the ring, with much power in his stride. His has lovely expression in his eyes and beautiful black pigment ,as you can see in the picture below. Dylan's progeny have inherited these characteristics.