A TRIBUTE TO FERN

In our eyes Fern certainly lived up to her name …’Unforgetable’

Sadly we said goodbye to Fern tonight. It was a very hard time after having her in our life for 16 years. She had a battle with pneumonia off and on over the last 2 years but still enjoyed life up until more recently. Today she really gave up on this life and quite quickly too.

I can only think of her now running free and easy with the rest of her family up there.

Forever In Our Hearts. 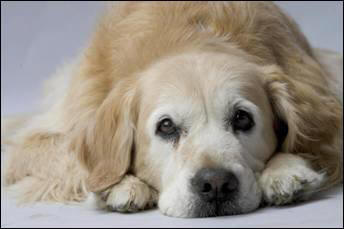 A little more about Fern….

She was a show Champion at 15 months, as well as enjoying retrieving and gained her QC with the help of Steve & Kim Burke who Fern adored. She and her granddaughter Remi also loved the trips up north when we camped by the river. She loved the duck shoots early in the morning and on dusk. Fern also helped to retrieve rabbits for us.

Fern became a movie star at 10mths of age with her role in ‘Gross Misconduct’ who stared the handsome Jimmy Smitts. She was a part of the family he was the head of in the movie. Jimmy just adored her, as did everyone else.

Out of 11 puppies (3 litters…7,2&2) Fern produced: 4 champions one being a Dual with a tracking Championship and UD ET QC,  one non champion being CDX RRD.

Fern outlived all of her kids from her first litter although most of them lived to between 10 & 14 y/o. Bailey and Tori are still happy and healthy at 10 years of age.

She lives on through her progeny and theirs… 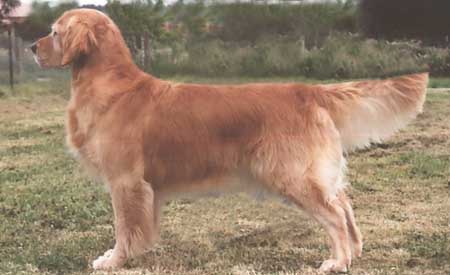 Pictured here at 9 years of age

'Fern' gained her show title at just 15 months of age with a Best Exhibit In Group Award. She has had many in group and in show awards, and specialty wins as well. She enjoyed retrieving carrying her first rabbit at 4 months of age. She gained her QC in retrieving.

Fern has been a wonderful golden to own, she has given me so much pleasure as a family pet ,show dog, retrieving, and in film and television. I have 2 of her progeny at home and many of her progeny have done well in aspects of dog interests.

Thankyou to  Kim Burke, "Pointgold",for breeding Fern who is a daughter of my Robbie, now deceased. 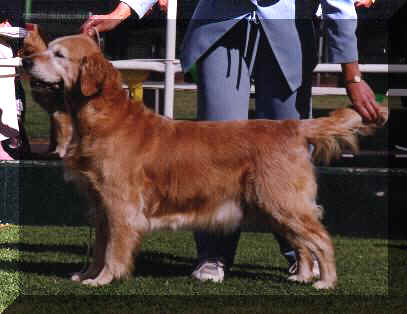